My sister is in town visiting from Boston. She wanted to go to Brussels for the day, which in theory seemed to be a good idea but ended up being one of those days where everything kind of did not go our way.What we learned- Don’t go to Brussels on Monday. Pretty much everything is closed.

Although in the end despite nothing going how we had planned when we arrived back to London tonight we all said what a great day.  We did accomplish what we wanted: Ate a waffle, Fries, and had some beer. I highly recommend trying   cherry fruit beer. 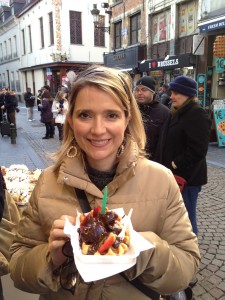 Right next to the Manneken Pis- The fountain statue of the little boy going to the bathroom who is only about 1 foot tall!

Funambule Waffles- You might want an extra fork! Our forks kept breaking 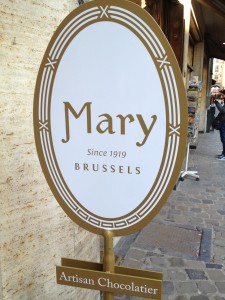 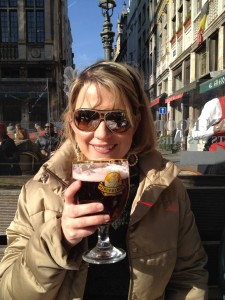 Beer in the Grand Place 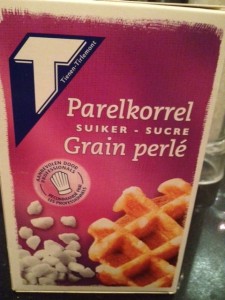 I did buy some Perle Sugar at a mini market to make Belgium waffles at home!!! Neil, though just wants to eat the sugar straight from the box. Good thing I bought 3 boxes.

A note about the Eurostar- It is all about booking in advance. Tickets go on sale 4 months in advance and unlike  airline tickets where rates can vary and sometimes you can get a last minute deal, not the case with the Eurostar. They are always cheapest  buying further out and continue to get more expensive the closer to your departure time.