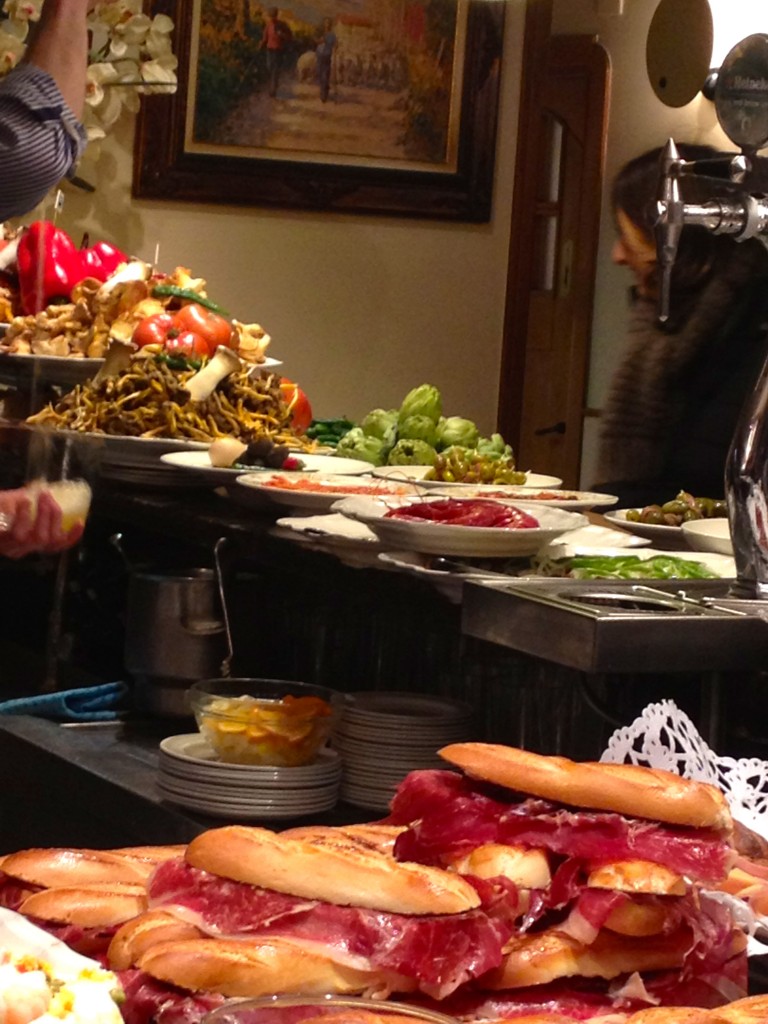 Yes, San Sebastian is filled with Michelin Starred fining dining restaurants, but in the old town it is filled with fabulous Pintxos/Tapas Bars. The idea is that you have a tapas and drink at one and bar hop to the next. Now when we got in late on Friday night we went out for a short time but all the hot tapas were no longer being served.

Though on Saturday we started at 8:30 pm.  We were a group of 7 bar hoping for the evening. Everything at the bars is done on a honor system and what we did for our group was put a kitty together which made it much easier and faster hoping from bar to bar. It was such a fun evening and a great way to try all kinds of different Pintxos. 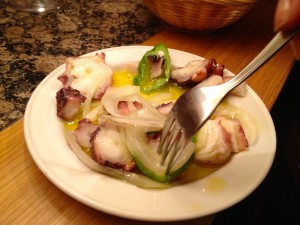 Padron Peppers- a must in my book! 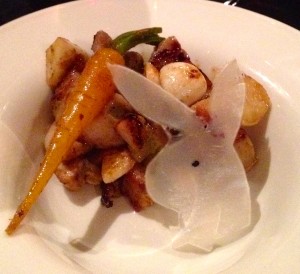 Rabbit at A Fuego Negro- One of our Favorites 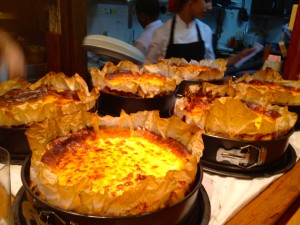 Cheesecake at La Vina- We had to double our Order.

A Fuego Negro- Modern and Creative